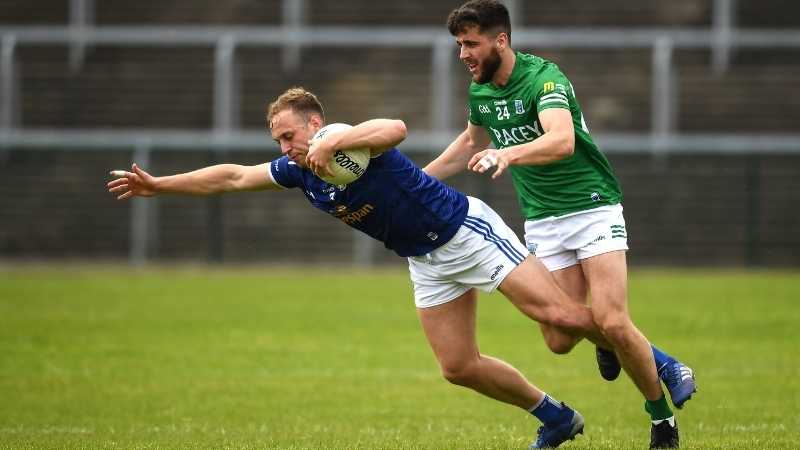 In the end it was all too easy for Cavan as they booked their place in the semi-finals of the Táilteann Cup with nine points to spare over neighbours Fermanagh.

The Ernesiders will rue missed chances in the opening half as they kicked five wides in a row before the break when Cavan were reduced to 14; Padraig Faulkner was black carded.

Cavan made the perfect start; with 17 seconds on the clock Thomas Galligan found the back of the net. They got a second goal in the 25th minute through Faulkner before he was black carded.

The second half was dominated by Mickey Graham’s side and Fermanagh struggled to get back into the game. Gearoid McKiernan and Ray Galligan scored late points for the Breffni men.

Cavan opened up a six point lead after eight minutes with Galligan and McKiernan on target. Fermanagh’s opening point came from Ryan Jones in the ninth minute. The deficit was cut to just two points in the 22nd minute when Sean Quigley fired over his second free of the game.

Fermanagh were dealt a blow three minutes later when Galligan set up Faulkner for Cavan’s second goal. The Kingscourt man was black carded in the 29th minute but Fermanagh were unable to make use of their numerical advantage as they trailed at the break 2-05 to 0-07.

Cavan made a fine start to the second half and kicked over four points in a row with Paddy Lynch firing over two frees. Fermanagh’s first point of the second half didn’t arrive until the 51st minute when Quigley hit over a free.

Killian Brady was black carded in the 51st minute but once again Fermanagh couldn’t use the extra man to their advantage. Quigley kept the scoreboard ticking over for the Ernesiders but they couldn’t eat into Cavan’s lead.

A point from McKiernan in the 66th minute extended Cavan’s lead to nine points. Quigley was on target again hitting over a free and a point from play but McKiernan scored two points at the end to seal a fine win for Cavan and a place in the final four.