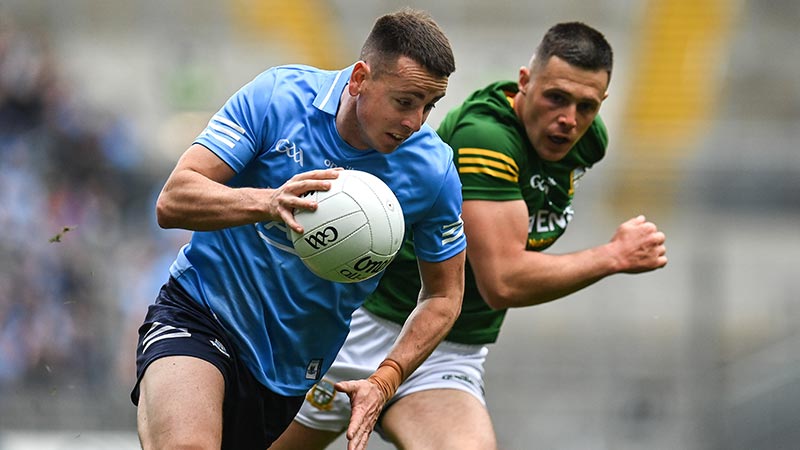 A dominant Dublin display saw the men from the capital power past Meath at Croke Park with a 1-27 to 1-14 win over The Royals.

Dublin set the pace early on and were five points up within 10 minutes. Tom Lahiff, Ciaran Kilkenny a double from Cormac Costello and a point from Lorcan O’Dell set alarm bells ringing for those of a Meath persuasion.

Meath were slow starters in this one and only got on the scoreboard in the 12th minute thanks to Bryan Menton.

Jordan Morris and Thomas O’Reilly soon had Meath within three points of Dublin and that would be as good as it would get for Meath as Dublin pulled away showing their firepower.

Dean Rock and Con O’Callaghan joined the scorers list and when Rock converted a penalty five minutes before the interval Dublin had a foot and a half in the final as Dublin went 13 points up.

By the half-time whistle the gap was 15 and unfortunately for Meath the second-half was all about playing for pride rather than a spot in the final.

In the second period Meath were a better site and scored 1-9 compared to Dublin’s 10 second-half points.

However, they were wasteful once more and against sides like Dublin that’s one thing you can’t afford to do.

Menton and Morris along with Jack O’Connor were stand-out for Meath on a day where missed chances came back to haunt them.

Jack Flynn came off the bench and looked like he’d help Meath get a few morale raising scores going into the qualifiers before he saw red after catching Jonny Cooper in the face.

There would be two more reds as tempers flared towards the climax of the game. Michael Fitzsimons saw red after conceding a penalty after being black carded whilst on a yellow.

Morris would convert the penalty, only to let himself down with a needless clash deep into injury-time as Meath finished with 13 men as Dublin marched into yet another Leinster Final and Meath pondering what could have been.