Our coverage of this club is brought to you by: 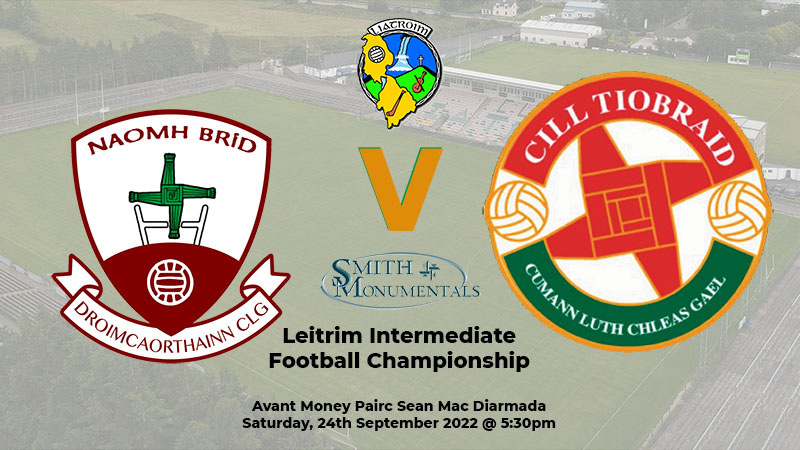 It was Kiltubrid who edged out Drumkeerin in a tight affair to reach the semi-final stages of the 2022 Intermediate Championship, showing great determination to get over the line.

Having met three times this year already and with the previous two meetings ending level, it was expected this game would go down to the wire, but it wasn’t to be with Kiltubrid running out easy winners in the end, eight points the margin at the final whistle.

But for the first twenty five minutes, it certainly didn’t look like a Kiltubrid victory, especially by an eight point margin, as Drumkeerin were the superior side and led by four points.

But within a couple of minutes, all had changed, Barry McWeeney reducing the deficit to three before Iarlaith O’Brien levelled matters with a goal and even though Cathal McCauley edged the losers in front again, points from McWeeney (free) and Emmet Mahon put their team a point ahead at the break.

As mentioned, Drumkeerin were the better side early on, Jerome Maguire and McCauley putting them two up within three minutes.

Barry McWeeney reduced the arrears to two before a brace from McCauley, one a free, left them four ahead before that late surge from the winners, where they outscored their opponents 1-3 to 0-1 in the final minutes of the opening half to go in a point ahead.

Three quickfire points in as many minutes after the restart  from Barry McWeeney, two from frees, put the winners four ahead.

Another McCauley free left just a goal between the sides. O’Brien and McCauley (free) exchanged points but the next eight minutes saw the game end as a contest with the winners hitting 1-5 without reply to go eleven points clear.

Barry McWeeney, Fionn O’Brien and Iarlaith O’Brien all hit points from play before a pass across the goal from Barry McWeeney, looking for a team mate, was reached first by Drumkeerin goalie Kevie Forde but the ball seem to bounce off his chest and into the net for a lucky but massive score for the winners.

They added points from substitute Mickey Earley and Danny McWeeney. Declan Daly and Barry McWeeney exchanged points but even though the game was out of Drumkeerins reach , they kept battling away and with McCauley causing all sorts of problems for the Kiltubrid defence, they conceded frees in order to keep their goal intact, McCauley hitting three in a row.

Danny McWeeney and Daly ended the scoring with a point each, Kiltubrid deservingly into the semi final where they will meet neighbours Aughnasheelin.