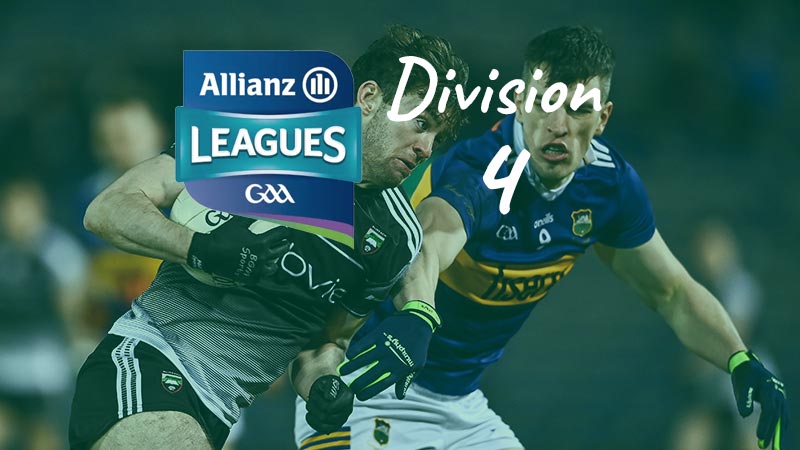 With the rest of the Division enjoying a week off it was the rearranged games that were postponed due to last month’s bad weather that took centre stage.

Wexford were unable to build on their impressive win over London last weekend as they lost to Tipperary. Tipperary carried on the momentum from their win against Sligo as they put four goals past The Yellowbellies.

Cavan are closing in on an immediate return to Division 3 after producing a fine comeback to beat Sligo after a sluggish first-half. The result now leaves Sligo two points behind London who sit in second. Next week’s clash at Markievicz Park between Sligo and the Thamessiders will have a major impact on the race for promotion and is undoubtedly next weekend’s stand-out fixture.

Wexford set the pace in this one and went three points up in the early stages until Tipperary hit back with two quick-fire goals barely 60 seconds apart from each other.

Doyle would get grab himself a second goal in the 22nd minute after Wexford had got themselves back into the game thanks to Kevin O’Grady and Mark Rossiter.

O’Grady scored the last point of the first half with a free as Wexford lead from 0-11 to 3-1 at the break.

Wexford started the second-half with 14 men after Páraic Hughes was sent off on the stroke of half-time.

Tipperary took full advantage of the numerical advantage and had a fourth goal to regain the lead courtesy of Mikey O’Shea.

Their advantage was lost when Doyle saw red himself with just under half an hour to play and Wexford rallied.

Despite a couple of late points from Donal Shanley including a free just before the three minutes of injury-time Wexford were unable to find a way through the Tipperary defence and agonisingly lost out to the visitors by a single point.

Cavan kept their 100% record alive with a huge win at Markievicz Park despite only scoring two points in the first-half.

Niall Murphy and Sean Carrabine got Sligo’s opening scores inside the first 10 minutes before Cavan finally got on the scoreboard in the 18th minute thanks to Gearóid McKiernan before Raymond Galligan scored a free to level things up shortly after the 20 minute mark.

Murphy put Sligo ahead once more before two converted frees from Carrabine and a point from Alan Reilly meant Sligo lead 0-6 to 0-2 at the interval.

Cavan were a different side in the second set of 35 minutes McKiernan got the Cavan second-half rolling before the game-changing sending off David Quinn gave Cavan the green light to ignite the comeback.

Sligo kept their noses just in front until the 50th minute when Paddy Lynch followed up his point from a mark with a goal to put Cavan into the lead before pushing the lead out to two with another point.

Cavan added a few more insurance scores whilst snuffing out Sligo’s attack to hold on to the win and edge closer to promotion.