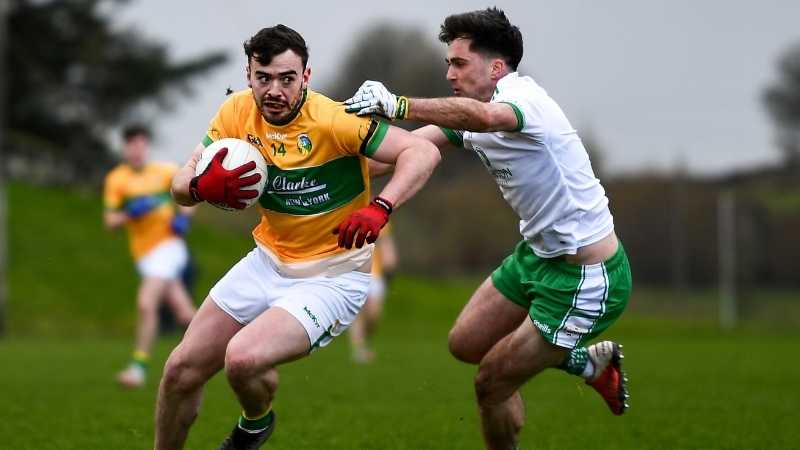 London continue to be the surprise package in Division Four after another impressive win as they maintained their 100% start to their league campaign with a 2-5 to 0-9 win over Leitrim.

London 2-5 Leitrim 0-9
Leitrim set the pace early on and had the wind in their favour as London struggled with the conditions early on at the Connacht GAA Centre of Excellence.

Keith Beirne got a couple to his name as did Darragh Rooney before London captain Liam Gavaghan got his side level.

Leitrim hit back with scores of their own and were leading by three at the break.

The second-half was where London stepped up and got themselves back into the game thanks to keeper Noel Maher who scored three frees as London showed grit and resilience and were in touching distance of Leitrim and before James Gallagher got London’s second goal to put London into the lead before Gavaghan’s free at the end sealed the win.

Carlow 2-12 Waterford 2-8
Carlow picked up their first win of the season after defeats against London and Sligo in their first two games, with a hard-fought 2-12 to 2-8 win over Waterford.

Darragh Foley lead the way for his side with (0-7, 4 f) while Jody Morrisey’s goal before the break put real daylight between the sides and Carlow went into the break leading 1-5 to 0-2.

They had another goal to celebrate in the opening stages of the second half when Conor Crowley rattled the net.

Dylan Guiry made things interesting and there were sweaty palms for those of a Carlow persuasion when Guiry scored his second from the penalty spot deep into injury-time.

By then it was too little too late for Waterford who were let down by Jason Curry who saw a straight red with five minutes of normal time left and the man advantage made Carlow’s job miles easier as they held on for a much-needed win.

Sligo v Cavan and Wexford v Tipperary fell foul of the weather meaning that the four sides had an unexpected extra weeks break and it’ll be interesting if the extra week without a game will be an advantage or disadvantage for those who played today… especially for those who are looking for a top-two finish.