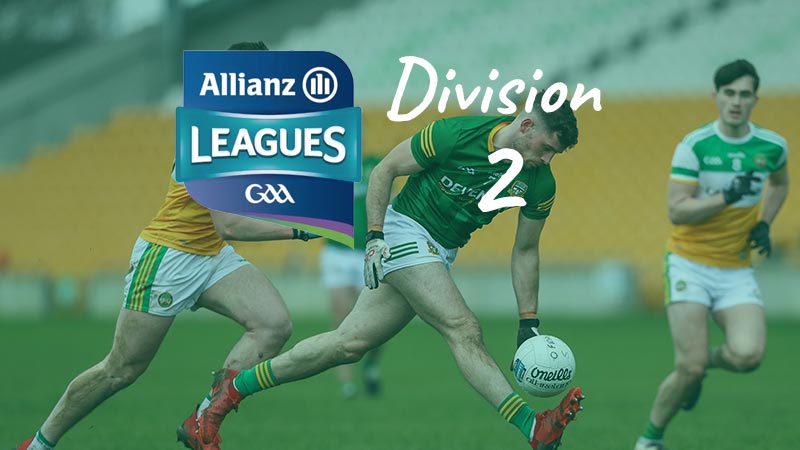 It’s Galway and Roscommon who have gained promotion to Division 1 while Cork survived a Offaly fight back to maintain their status while Down and Offaly fall to Division 3.

Down finished out their Division 2 campaign in disappointing fashion losing eight points in what was a dead rubber for them having relegation confirmed last week.

Clare having the very small possibility of getting relegated were keen to quash any possibility of that happening and starting the game very quickly.

Aaron Griffin and Cian O’Dea both found the back of the net in the first half seeing Clare lead at half time 2-5 to 0-5.

Clare led by nine points early in the second half and saw out the game comfortably from there.

Ryan McEvoy got a second half goal for down but it was not enough as Clare ran out eventual winners.

In what was a much win match for Derry in terms of their promotion push they got over the line just at the death in dramatic fashion by two points.

Meath who had nothing as such to play for had a slow start to the match and found themselves 0-6 to 0-2 down after 20 minutes.

A late flurry of scores from Meath saw them score 1-4 to no reply - Jack O’Connor with the goal.

The goal separated the sides at the interval on a 1-7 to 0-7 score-line.

Derry kept notching on the points but looked in trouble after Shane Walsh got Meath's second goal from the penalty spot.

In what was a winner takes all and avoids the drop contest both sides battled on to the end in a match that either side could have come out winners, Cork eventually came out on top by the minimum margin.

Cork started the better, finding themselves 1-5 to 0-1 up after 12 minutes, Cathail O'Mahony giving the Rebels their early lead.

Offaly fought hard in the second half and their point scoring closed the gap early in the second half the sides matching each other point for point and the home side eventually taking the lead. With seconds left in the match Stephen Sherlock stepped up for Cork and notched the all important score his side winning by one and securing his sides safet.

Roscommon had their promotion faith in their own hand in the final match of the league and knew a win against a much changed Galway side would secure promotion and a place in the league final.

That league decider would be another match against this Galway side, and the Rossies first half performance was key as they ran out five-point winners in Dr Hyde Park.

The match started fairly even with Roscommon getting into the groove of things early on.

The home side upped the intensity and their scoring 1-6 to no reply putting the game out of reach for an inexperienced Galway side.

With the game over as a contest and Roscommon confident in having secured the victory they needed for promotion a flurry of changes in the second half saw the game die down.

Galway finished the stronger outscoring the home side 1-9 to 0-6 in the second half, both sides seemingly having an eye on their next encounter in the League final in the upcoming week it finished in the end Roscommon 1-20 to 1-15.