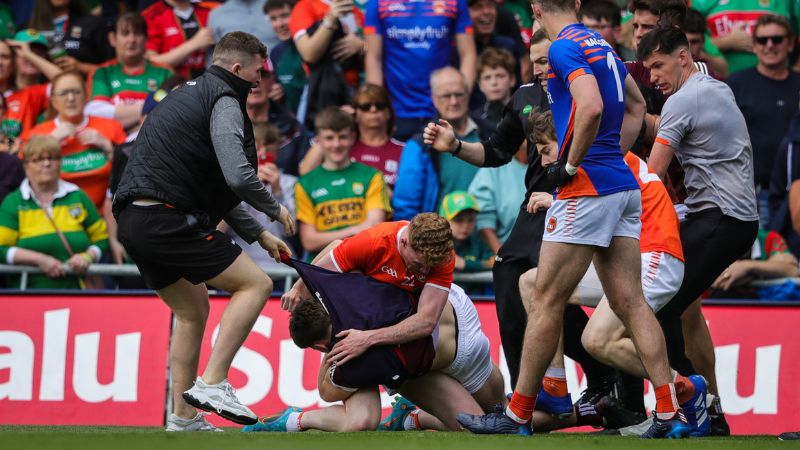 Kelly was not on the Armagh panel but got involved in an on-pitch melee after full-time and appeared to make contact with the face and eyes of Galway’s Damien Comer.

The categorised offence is ‘for acting dangerously towards an opponent’ and both counties will receive €10,000 fines.

The three players that received red cards in the game; Galway’s Sean Kelly and Armagh’s Greg McCabe and Aidan Nugent are expected to receive proposed one match suspensions as well.

In a statement released to the media earlier today, Armagh GAA stated that:

“Following the investigation carried out by the CCCC, Armagh GAA can confirm the players and county board have accepted the proposed penalties. There will be no further comment.”

Per Galway Bay FM Sport however, Galway are set to appeal Kelly’s suspension.

Speaking to Galway Talks this morning, Galway GAA Chairman Paul Bellew said that  “70 seconds out of 110 minutes of sheer drama shouldn’t define of the greatest games in years” but commented no further on the incident as he awaits the process to be completed.

With Galway facing Derry in the All-Ireland semi-final on 9 July, they will be keen to address these latest developments as quickly as possible.